The actor Rock Hudson stormed out of an early screening of ‘2001’ shouting: ‘Will someone tell me what the hell this is about?’ At film’s end, most of those who remained did not have a definitive answer – but, as the Starchild turned majestically, many felt an unmistakable tingle up the spine.

In two hours and 22 minutes, Kubrick explored themes that come together brilliantly in his grand finale. In space, Man finds himself at an evolutionary dead-end – it was simply ‘natural selection’ for HAL to try to replace his creator. Consider also: tools have always been, essentially, extensions of the human body. If that evolutionary route leads to disaster, the next step forward for humanity can only be: spiritual.

Then what happened? Maybe the Starchild returns to Earth and reincarnates as a new Buddha or Messiah. In AC Clarke’s novel, s/he detonates a nuclear warhead that, perhaps, destroys the Earth. We much prefer Kubrick’s ‘open ending’. 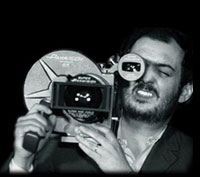